One of the most celebrated sculptures in Western art, Auguste Rodin’s Le Baiser shows the ill-fated lovers from the fifth canto of Dante’s Inferno, Paolo and Francesca, who were banished for their adulterous passion and doomed to spend eternity in an embrace. The viewer becomes immersed in the spiralling rhythms of the entwined bodies and the sensuous finish of smooth limbs against pitted rock. Rodin exhibited the sculpture at the Galeries Georges Petit and the Exposition Générale des Beaux-Arts in Brussels, which ensured its success as one of Rodin’s signature works. The French government commissioned a marble version in 1888 and after the work was exhibited at the Paris Salon that same year to glowing reviews, the Barbedienne foundry cast bronze editions in four different sizes between 1898 and 1918, the largest being the present version. 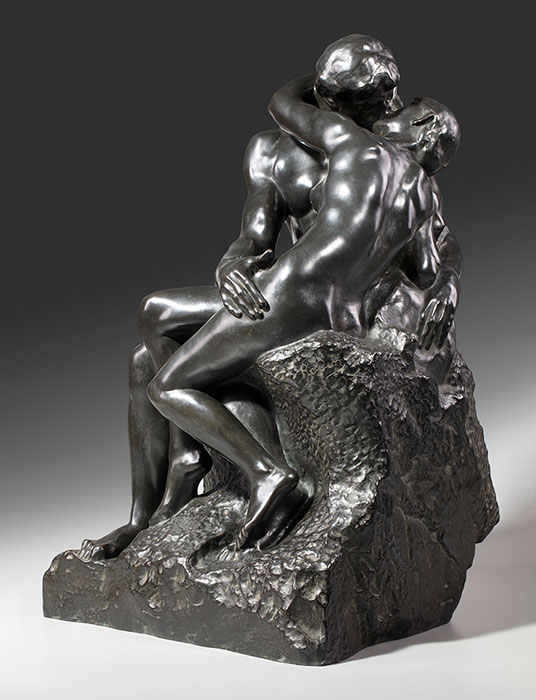