Christ as the Good Shepherd

Long thought to have been lost but given pride of place in each important monograph on the artist, the present signed and dated ivory is one of only seven ivories Christoph Daniel Schenck carved in the round and the only one of these which is not in a museum today. Only the Saint Sebastian in the Württembergisches Landesmuseum bears an earlier date: 1675. Schenck conceived the ivory on a small scale but enlivened the piece through flowing, daringly undercut hair, a rapturous expression, and rippling drapery. Among the earliest records of Schenck’s activity is a letter dated 17 August 1664 from the painter Johann Christoph Storer to his patron, the Subprior of St. Blasius monastery in the Black Forest. Storer recommends Schenck as: den besten bildhawer der weit und brait in dem Römischen Reich mögen gefünden werden. Schenck would indeed become the foremost sculptor of the affluent region around Lake Constance in the second half of the 17th century, simultaneously rising to the rank of court sculptor to the powerful Prince-Bishop of Constance and the Prince-Abbott of Einsiedeln Abbey. 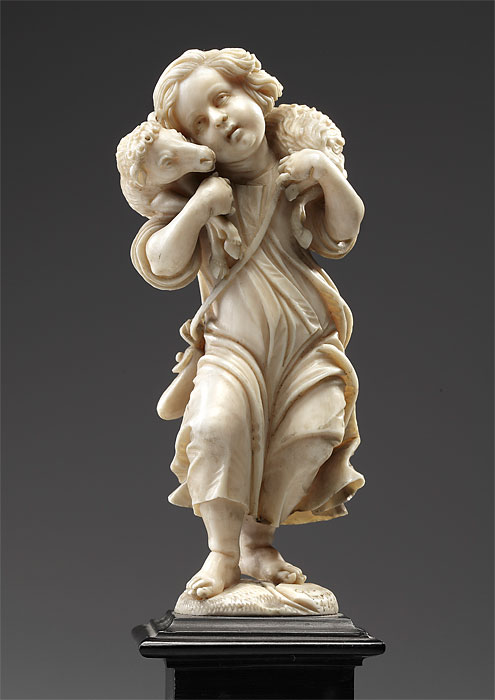