Long unseen despite an extensive loan period to one of The Netherlands’ major museums and numerous publications, the present Romanesque Corpus Christi has re-emerged from a Dutch private collection almost 80 years after it last appeared on the market. With its regal head, rhythmically expressed anatomy and stylised facial hair, as well as the energetic drapery scheme the figure is a significant addition to the scant number of surviving French corpora from the 12th century. Together with a group of bronzes, including the magnificent gilt bronze corpus from the Stoclet collection now in the British Museum, it forms a rare coherent group of independent Romanesque sculpture from Northern France. It is further distinguished by its relatively extensive provenance, which sees it back to the start of the 20th century as a centrepiece in two of Holland’s foremost collections of early sculpture, those of the Musée Van Stolk and Prof. Dr. Jan Pieter Kleiweg de Zwaan. 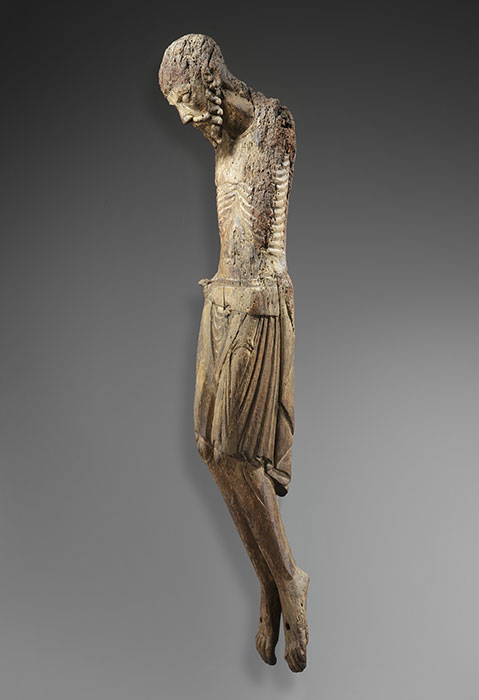