Already deemed lost when it was first published in 1984, this extraordinary concave relief of the Engelspietà is an important new addition to the masterpieces of the pioneering generation of Baroque ivory carvers active in Southern Germany in the first decades of the 17th century. Recorded in the celebrated collections of Ricardo Traumann in Madrid and Don Torello in Barcelona, this seminal example of sculpture in ivory has been in private hands in Spain since at least the early 20th century. Two more versions of the composition survive in arguably the best Kunstkammer collections in the world: a fine bronze relief in the Geistliches Schatzkammer of the Holy Roman Emperors in Vienna and a smaller ivory in the Grünes Gewolbe of the Electors of Saxony in Dresden. The highly original, monumental conception, spectacular command of anatomy, and confidently executed expressions and details are intimately related to the work of Michael Kern the Younger, older brother and master to Leonhard Kern, and particularly his powerful alabaster relief of the Pietà in Düsseldorf. 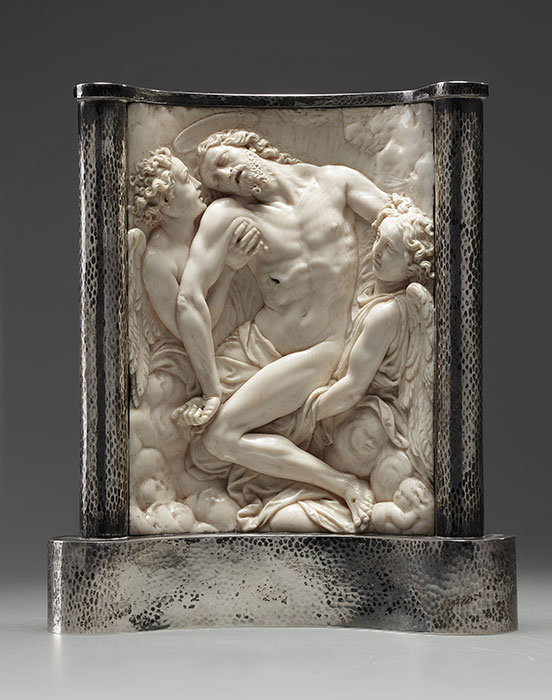