None of the thirteen rings that emerged from the 900 graves that make up the Merovingian cemetery of Herpes in the Charente were located until the present ring emerged at auction in 2019. Philippe Delamain, who excavated the site between 1886 and 1893, sold most of his finds to the great collector Édouard Guilhou in 1901 and Guilhou’s collection, in turn, was dispersed through auctions in 1905 and 1937. A substantial amount of the objects from Herpes is now in major museums outside of France, most notably several hundred pieces in the British Museum, but the thirteen rings disappeared without a trace after the sales. This grand, solid gold ring, which is surmounted with a bezel in the shape of a rosette decorated with twelve cloisonné petals set with garnets, was illustrated as part of the finds at Herpes by medieval ring specialist Maximin Deloche, who records that the ring emerged “on 5 May 1889, in one of the woman’s graves at Herpes, together with two superb agrafes in gilt silver and glass beads”. 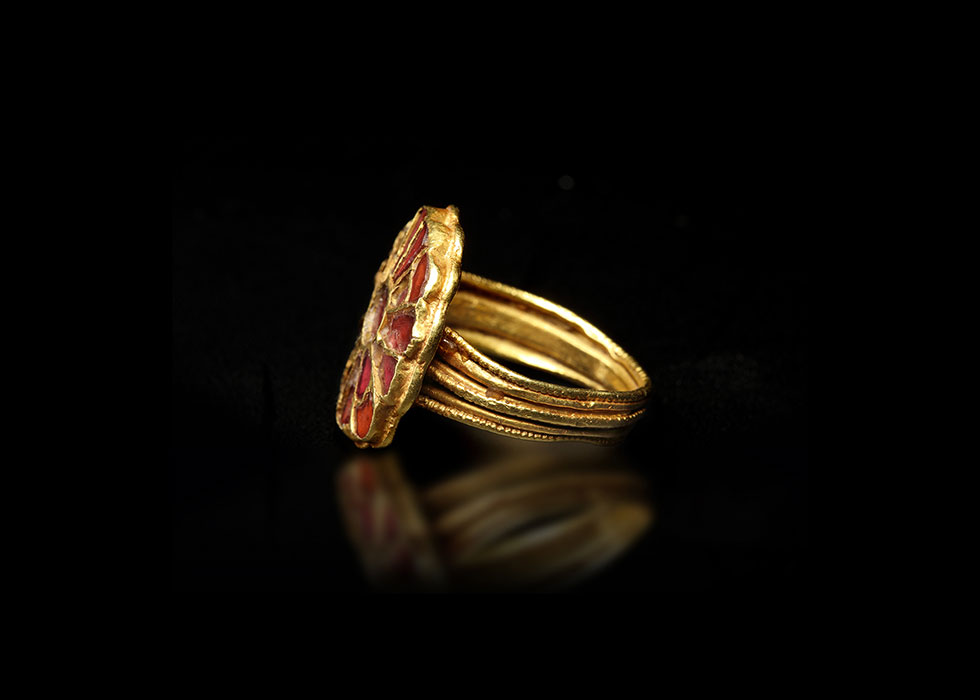