This unusual belt is a new addition to a group of ten more or less complete late Gothic monastic belts with ivory fittings made in the Netherlands, of which about half are currently in known locations. Among the best preserved examples are those in the Musée de Cluny, STAM Ghent and one formerly in the Gay and Hunt collections illustrated by Ilse Fingerlin. There are also important groups of fragments of the ivory fittings in Saint Trudo-Abbey in Bruges and a London private collection. The provenance of the belt ends at Saint-Trudo suggests that these belts were worn by nuns and may have been gifts presented to the women upon entering the order by their well-to-do families. The present belt is distinguished by its retention of the original linen and the ivory stops along the thong as well as the inclusion on the pendant of Saint Francis, who otherwise only appears on an individual pendant in the aforementioned private collection in London. 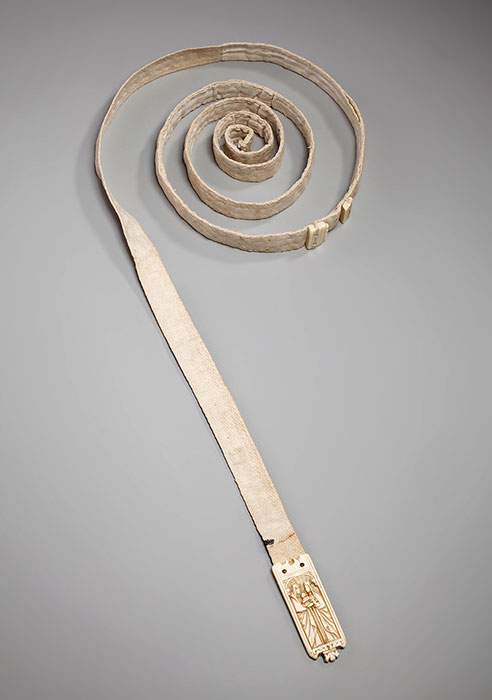