The Seated Bagpiper is the foremost of a group of fine genre sculptures produced by the workshop of Giambologna and was much reproduced in the following centuries. The model was born out of a longing for an Arcadian idyll, which also manifested itself in garden sculpture and fresco decorations of country palaces. Expressing the coveted simple life in luxurious gilt bronze on a small scale gave a further dimension to the object, making the model an excellent conversation piece. Giambologna’s design of the Bagpiper is no less considered than his grander religious and mythological subjects: the crossed legs, and sideways motion and twist of the torso, as well as the exquisite modelling of the entire surface of the bronze invite close inspection from all angles. Whilst the prime cast of the Seated Bagpiper is that from the Medici collections in the Bargello, a group of exquisite casts, often with small variations, is generally thought to have been cast by Giovanni Francesco Susini, who ran Giambologna’s workshop from 1624. 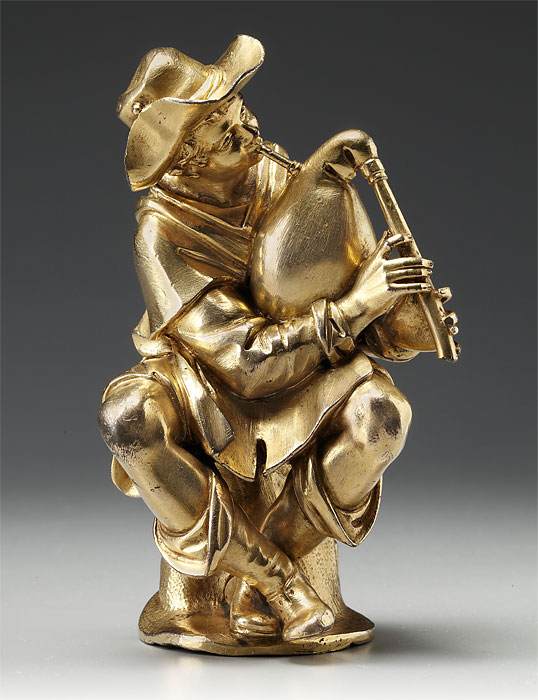